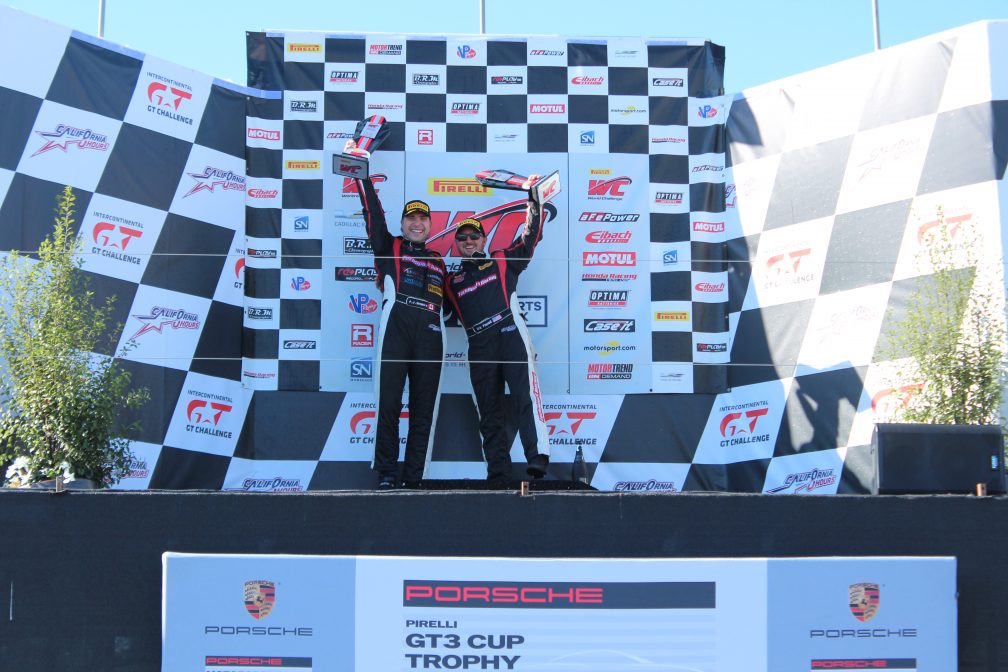 In TCB 2017 was business as usual, dominate. The TechSport duo of Canaan and P.J. where on podium nearly every race. The first half of the season was dominated by Canaan O’Connell. He was hard to beat and made the other drivers step up their game. But an unfortunate penalty left Canaan in 3rd place at the mid season break. When the 2nd half of the season started P.J. was a different driver. Canaan and P.J battled every race and at the final race at Laguna Seca, P.J. one the first round and gave himself an advantage for the final race. But P.J had  an easy victory in race 2 when Canaan had a DNF, the first DNF in 3 years with a Chevrolet Sonic. P.J. won the Driver Championship with Canaan taking 3rd. TechSport won the Team Championship.

TCA was a transition year for us. We started with the Mazda MX5 but switched to the Toyota/Scion FRS during the season. We worked hard to develop the car into the best handling and best braking car in the field. With some trial and error we learned the limits of the engine the hard way. We changed a few motors mid season, but we learned what we need to do to be reliable. In the 2nd half of the season our FRS was easily the fastest car on track.

We are excited to start the 2018 season with a proven and now reliable package. We expect to do in TCA what we did for years in TCB…Dominate!