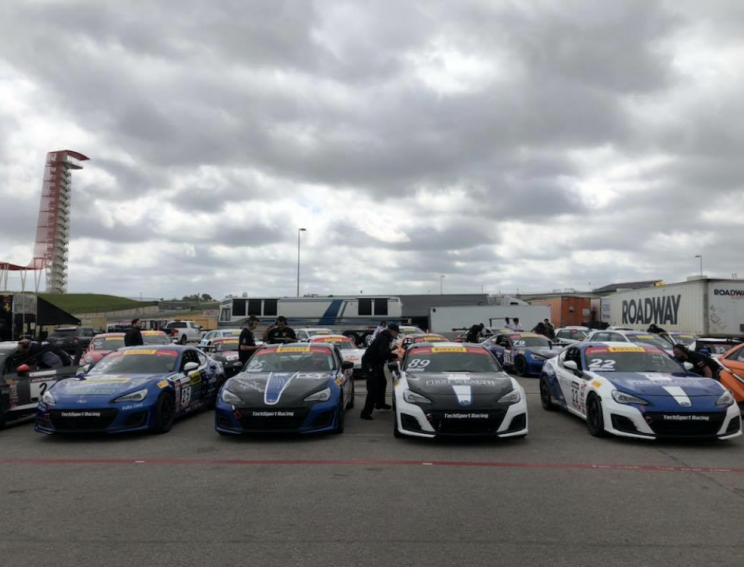 Techsport Racing for the 3rd time in four years has won the Team Championship, Also in 2018 we won the Manufacturers Championship in TCA with the Subaru. Since Techsport Developed the Subaru, represented all Subaru’s and handled all aspects of the manufacture representation in the series, we take pride in this win as well. In TCA Spencer Patterson finished the season strong ending in 2nd in points overall. Mostly done with consistent clean driving, But Spencer did deliver at the final race at WGI with a win and a 3rd. In 3rd place overall Jeff Sexton who overcame a rough start to the season to climb up the points and have an incredible string of podiums and wins. Eric Powell Started the season strong but had several issues in the 2nd half of the season that ruined any chance of a title shot. Steve Streimer running the 370Z in TC finished 5th overall in our first year with the Z. An outstanding season considering we built and developed the car this year. The Highlight of the season for sure was VIR, we won both the TCA race and TC race the same day.