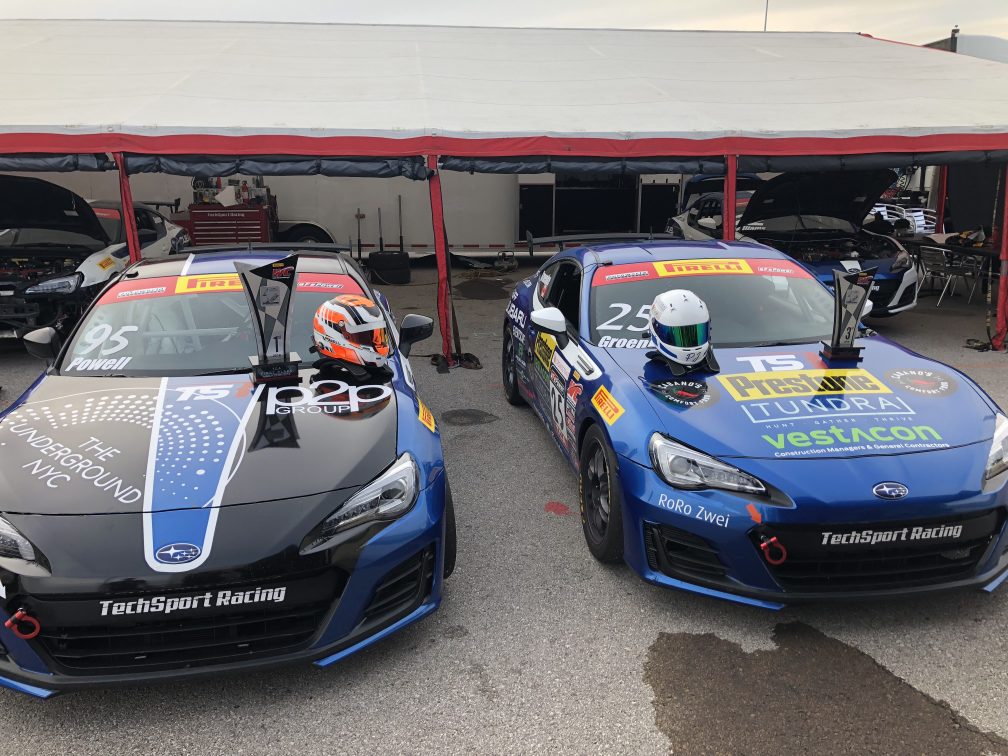 2017 was spent developing the BRZts and by the end of the season, we knew this car perfectly. The winter was spent building 5 of them as well as a Nissan 370Z. Arriving at COTA, we felt perfectly ready to dominate. Testing and Qualifying was spent working every last bug out of the machines and found Jeff Sexton qualifying 3rd, with the remainder of the pack behind him. In Race 1, Eric Powell earned a won after a race long, hard fought battle, P.J Groenke cruised to a 3rd place. It was a very exciting race to watch. After Race 1, Eric Powell had pole, PJ Groenke was in the 3rd position with newcomer, Spencer Patterson starting 5th. In TCA Race 2 Eric and P.J. finished 2nd and 3rd. In TC our brand new 370Z finished its first race. Steve Streimer did a solid job running between 5th and 8th the whole weekend. We are making great strides with this new car and expect to be at the front soon.