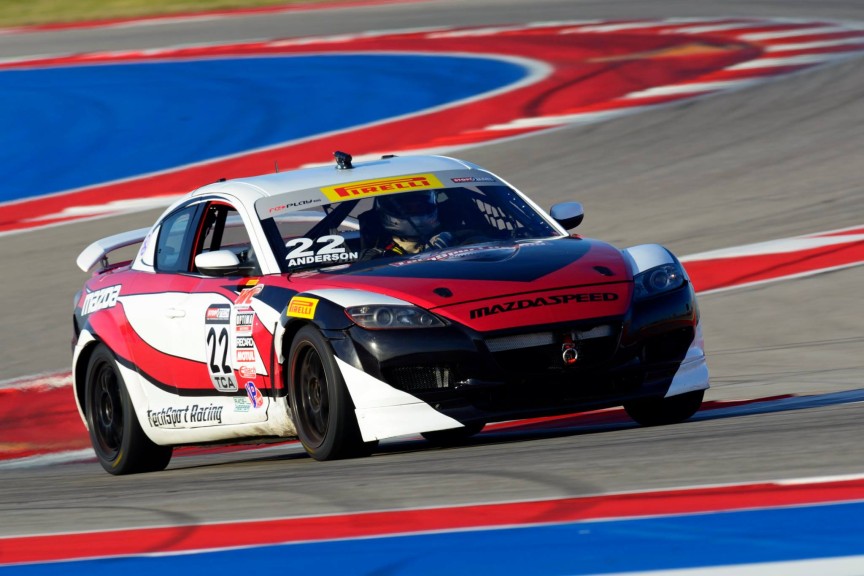 The Tech Sport Racing TCA team consist of Kevin Anderson and Robby Foley. The weekend started off great with Robby Foley ending up fastest in qualifying and Kevin 5th. We ran into some bad luck in race 1, with a half a lap to go while leading the engine let go in Robby’s car. What was an easy win, turned into a disappointing 6th, Robby then ran a back up car that was not as competitive for race 2 and race 3. But Robby made the best of a bad situation to get as many points as he could. The #23 Tech Sport RX8 will be back at the next event with a new motor, and we expect Robby to be back at the front.

Kevin Anderson in the #22 RX8 had some unfortunate luck in all 3 races. In race 1 & race 2, Kevin was hit in the rear bumper and turned around. and in race 3 in the rain, contact with another car damaged the the wheel and ended the race. Kevin was able to get as low as 3rd place at times and showed the both RX8’s were competitive.