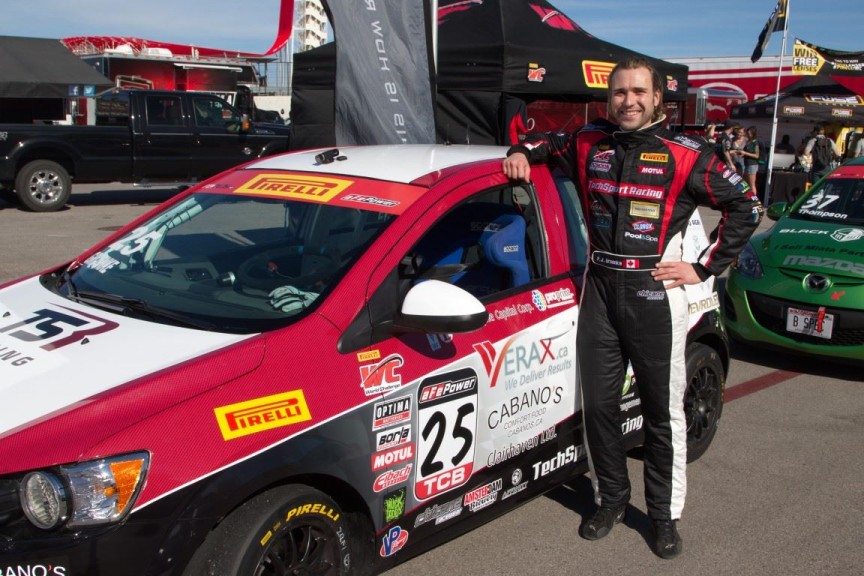 Huntington, NY — P.J. Groenke will drive the TechSport Racing TCB Sonic in 2016. Groenke brings a wealth of experience to the TechSport team. In 2008, Groenke began racing in the Canadian Touring Car Championship. For five years, P.J. raced in four different cars – each year counting more podium finishes than the year before. In total, the team captured 13 top 10 finishes and 18 top five finishes, seven podium finishes, and three victories. In 2013 P.J. went on to race in the TCB division of World Challenge. “I have full confidence that P.J. will be on the podium in 2016. He is a solid driver with a lot of experience. We will give him the car he needs to run at the front” says Tech Sport racing’s owner, Kevin Anderson

TechSport Racing, established in 2013, is a professional race team based in Long Island, New York. Founded by longtime racer Kevin Anderson and Deborah Popolizio, Tech Sport Racing won both Team and Driver Championships in the 2015 Pirelli World Challenge TCB class. Tech Sport Racing is once again poised for success in 2016 with multi-car campaigns in both the TCB and TCA classes. For more information on the team or associated programs please visit http://techsportracing.wpstagecoach.com/

P.J. Groenke has been racing professionally in Canada since 2001 and across North America since 2013. Highlights of Groenke’s racing career include winning the 52nd Annual Indian Summer Trophy, finishing as a semi-finalist on Discovery Channel Canada’s Star Racer in 2006, and sweeping the Canadian Touring Car Championship races at the Vortex Brake Pads 200 race weekend with back-to-back victories in 2011. Most recently, Groenke finished 6th in the 2015 Pirelli World Challenge Touring Car B-Spec Championship with one top five finish,15 top ten finishes, and an Invisible Glass “Clean Pass” of the race award.