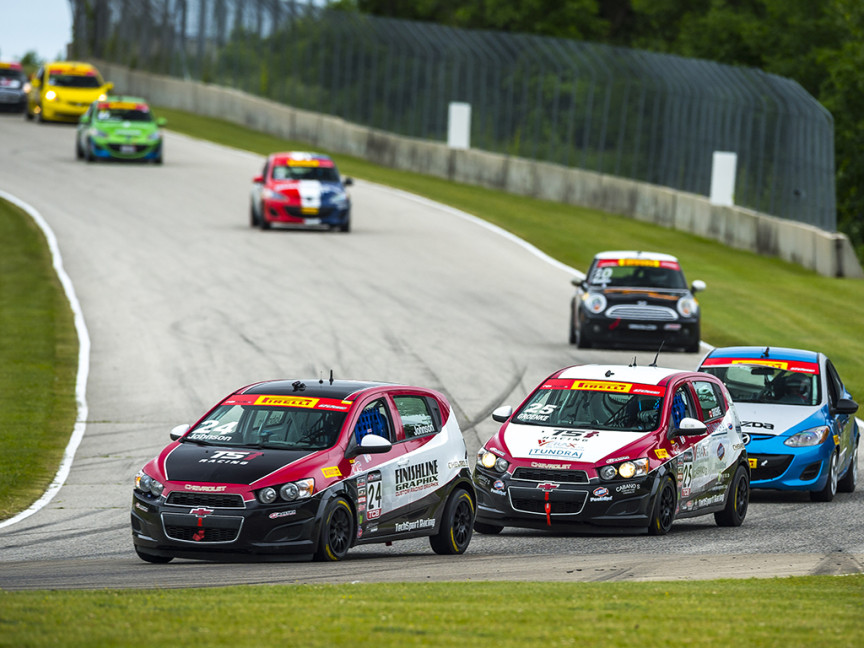 Race Recap:  Round 7 and 8 at Road America was a real roller coaster with some amazing highs and a couple difficult moments.   Round 7 was a nail biter. In TCA,  Eric Powell ran up front for most of the race until his transmission became stuck in 4th gear ending his race. Kevin Anderson started 8th and finished a strong 5th.    In TCB, PJ Groenke and Michael Johnson worked together in amazing fashion to make the round 7 TCB race the highlight of the night.  PJ Groenke added another trophy to his growing case with a 2nd place finish and Michael Johnson finished right next to PJ on the podium in 3rd.  Round 8, In TCA, Eric Powell started 4th and Kevin Anderson started 7th.  Eric moved up to 2nd place and ran there most of the race. A late restart shuffled him back to a 4th place finish. Kevin worked himself up to 3rd place in the opening laps, but finished in the top 10.   In TCB, PJ Groenke had a very strong run to finish 3rd with Michael Johnson finishing 4th.  P.J. leaves Road America with the TCB points lead and his 5th straight podium. Special thanks to team sponsors Maxima Race Oils, Chicane Racewear, Gdezine Wraps and Mazda