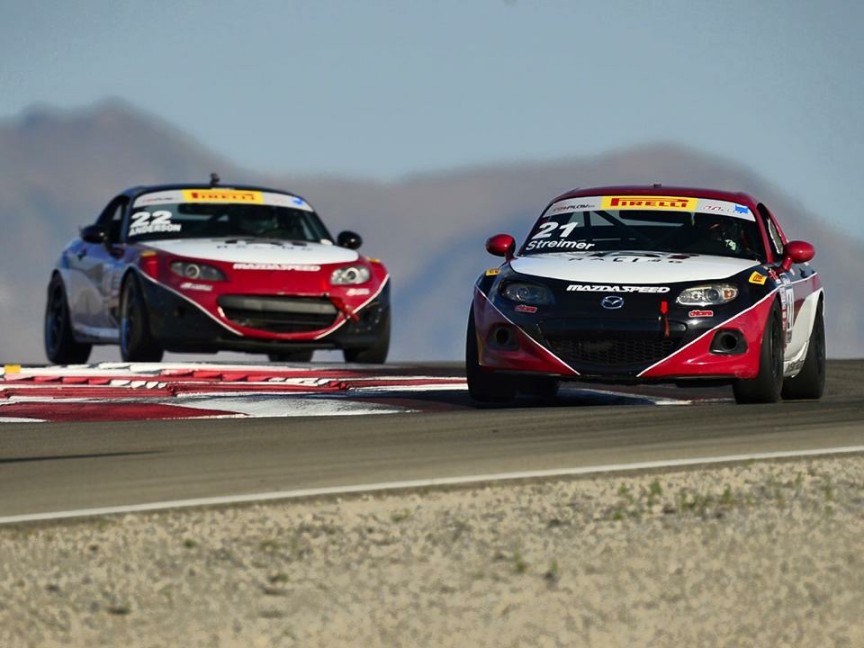 The Techsport team was thrilled to be in Utah with two new drivers in the team. Steve Streimer and Canaan O’Connell. Canaan was driving the #24 TCB Sonic in his first ever Pro event. Canaan did not disappoint, he was competitive all weekend and ended up with a 2nd place and a 5th place finish. Most certainly the highlight of the weekend. Steve Streimer had a solid run in the TCA MX5. His results do not truly represent how well he drove. He had a suspension issue in Race1 and that also effected his starting position in race 2. But Steve drove consistent and fast in a very competitive field. Eric Powell lost his ABS in race1, but somehow still managed to race the car to a respectable finish, In race 2 Eric drove hard, received best standing start and hard charger award and ended up 4th. P.J Greonke in the 25TCB sonic had a solid weekend and leaves Utah still in the points lead.